'HayBarrels: After Monet' an ongoing series of work. 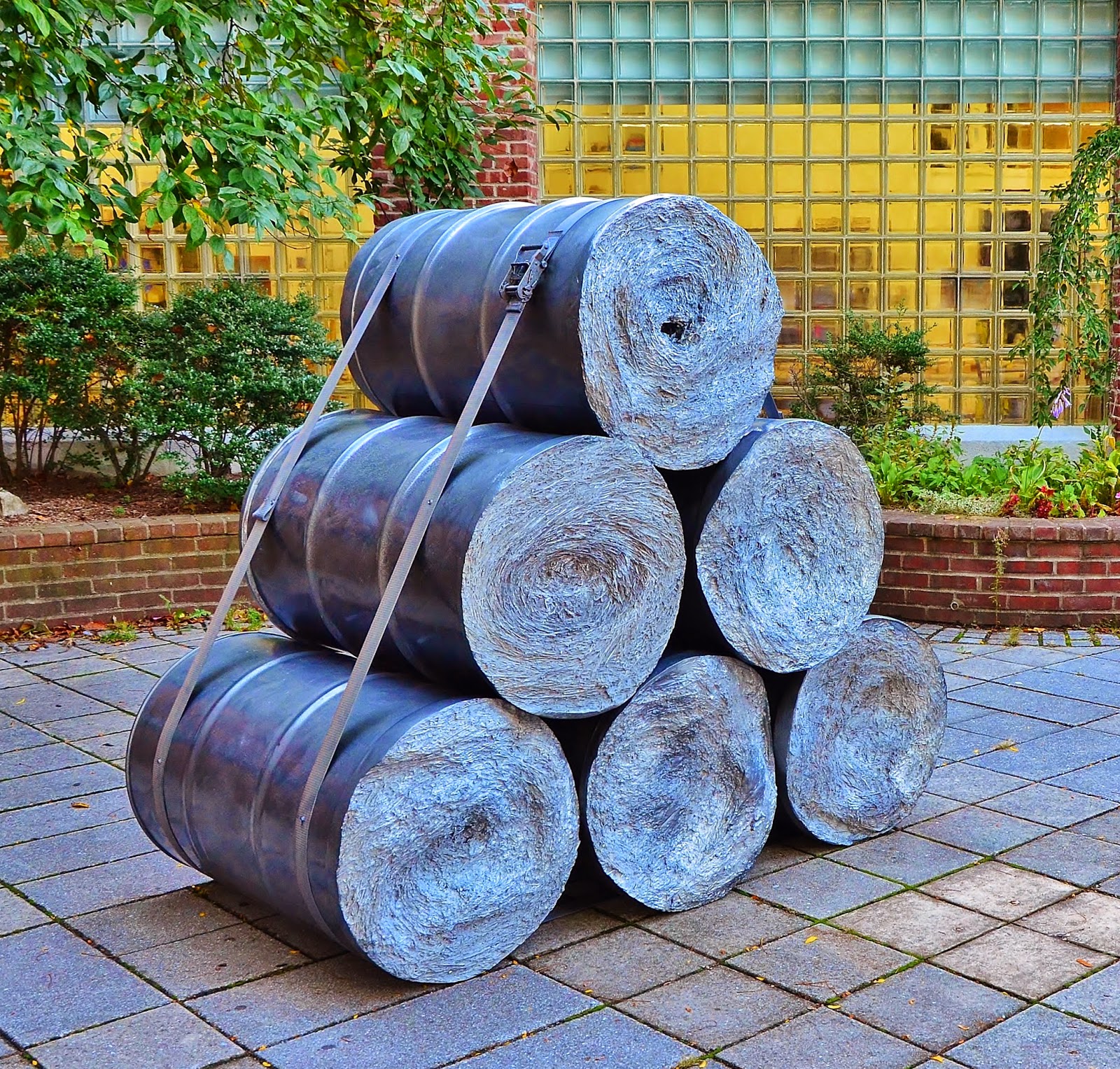 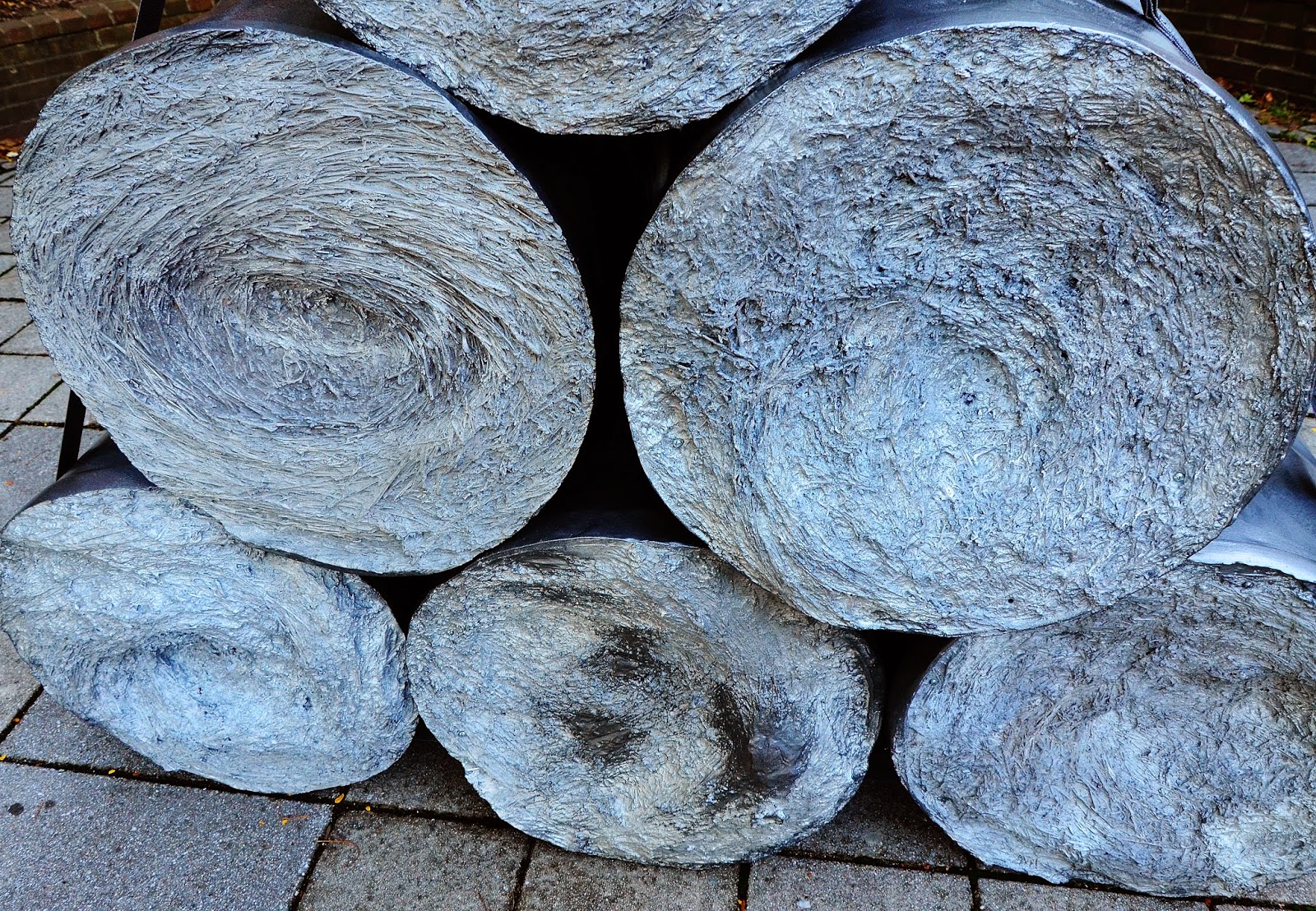 Growing up in urban London and attending Central School of Art, Lambert would frequent the National Museum where there are several of Claude Monets ‘Haystack’ paintings in the collection. She would study and stand in front of them slightly mesmerized, as they still seemed to be constantly changing in the light even though she knew she was looking at a static object. To her they manifest a magical effervescence which is an element she strives to capture in  her own work. 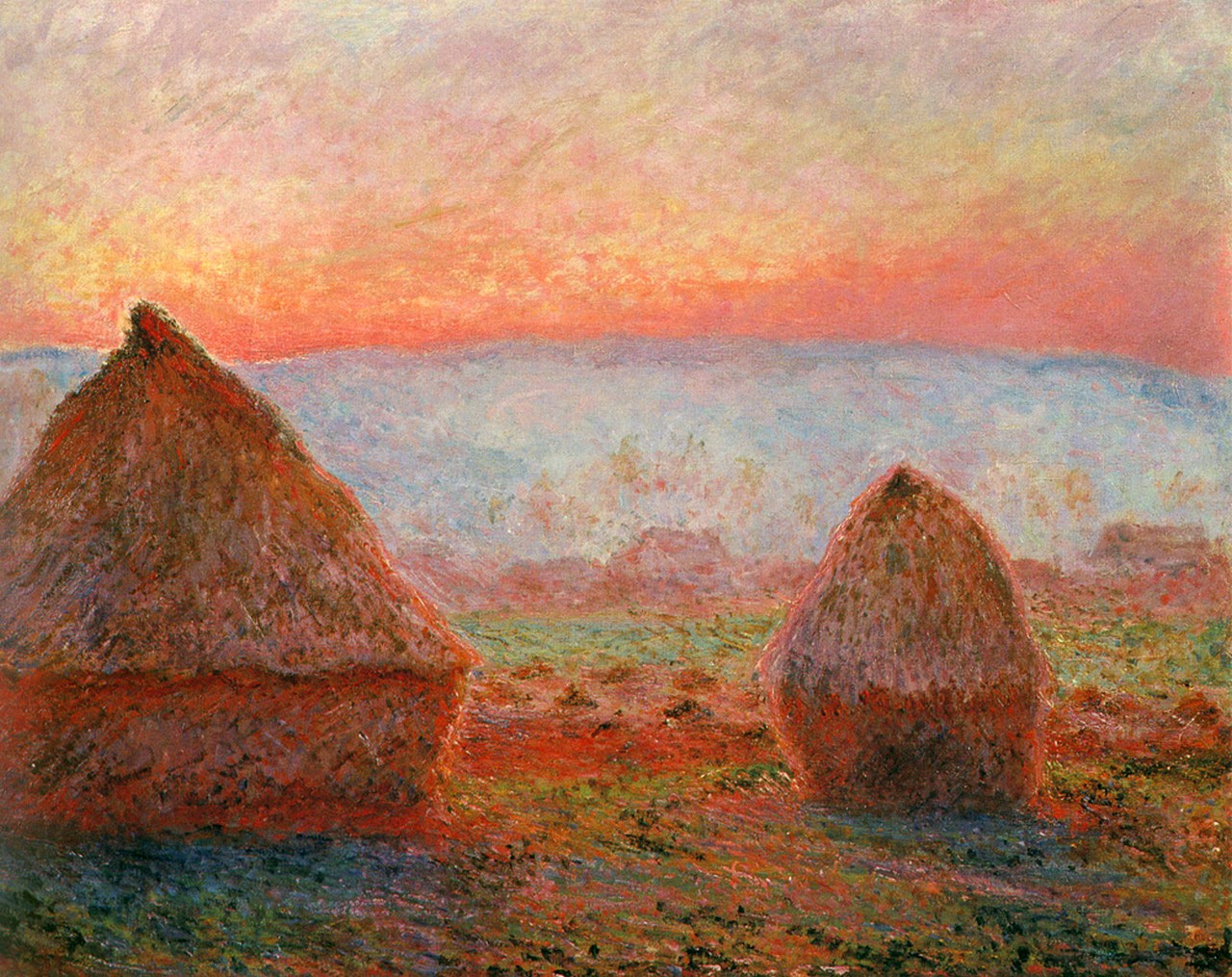 Now living in rural New York the pastoral scene returned to her in a much different context, especially in the fall driving through the surrounding farmlands. Although hay bales remain a romantic symbol of pastoralism and agrarian life this work references issues such as oil in the soil and storage of toxic waste in the landscape. 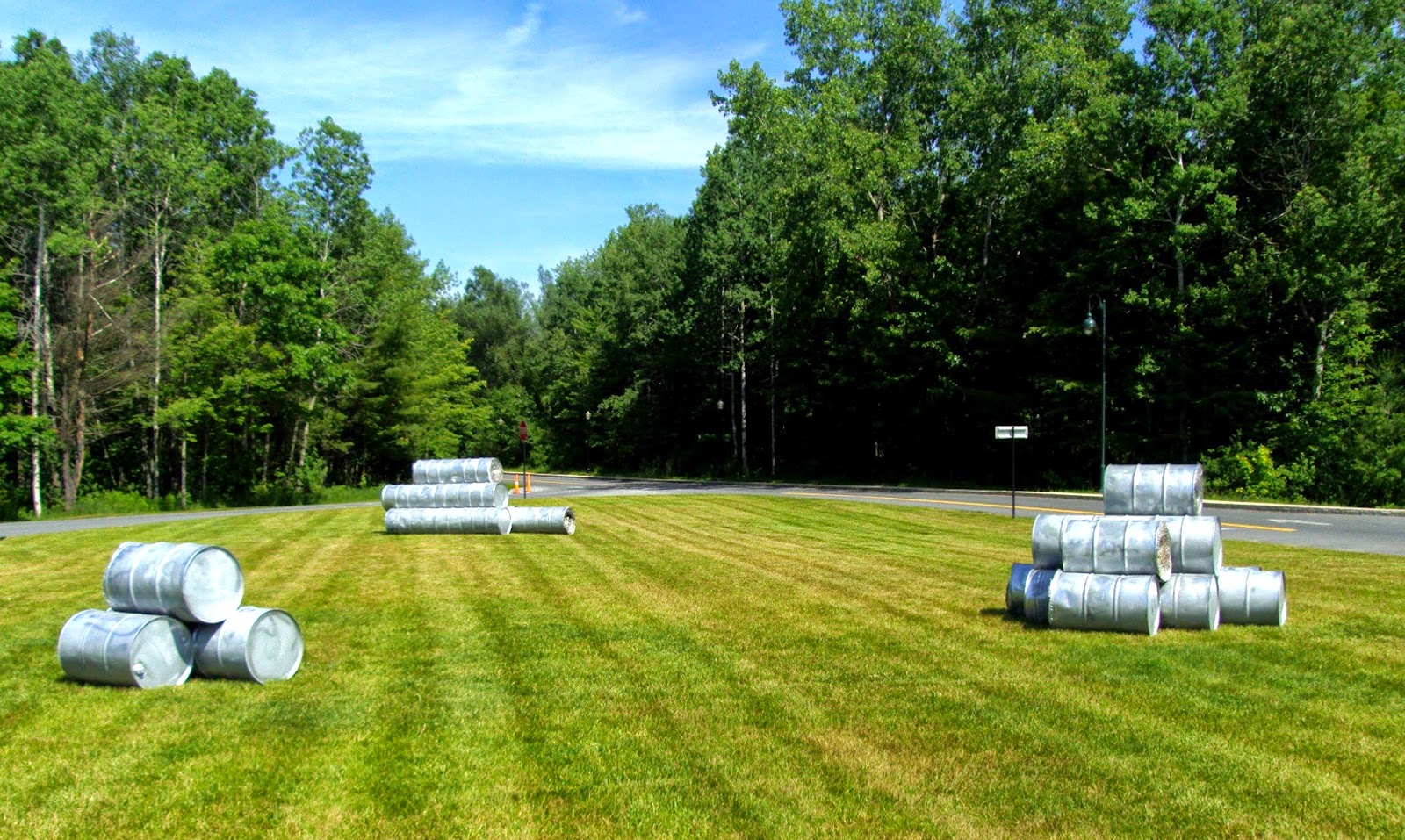 Lambert's interest is in our relationship of how things exists, where things come from and the human obsession with speeding up the work of nature to make things better and faster. She uses the iconic 55 gal drum as a component of  ‘HayBarrels : After Monet’ , the very same drum that is used to dispose of toxic waste. 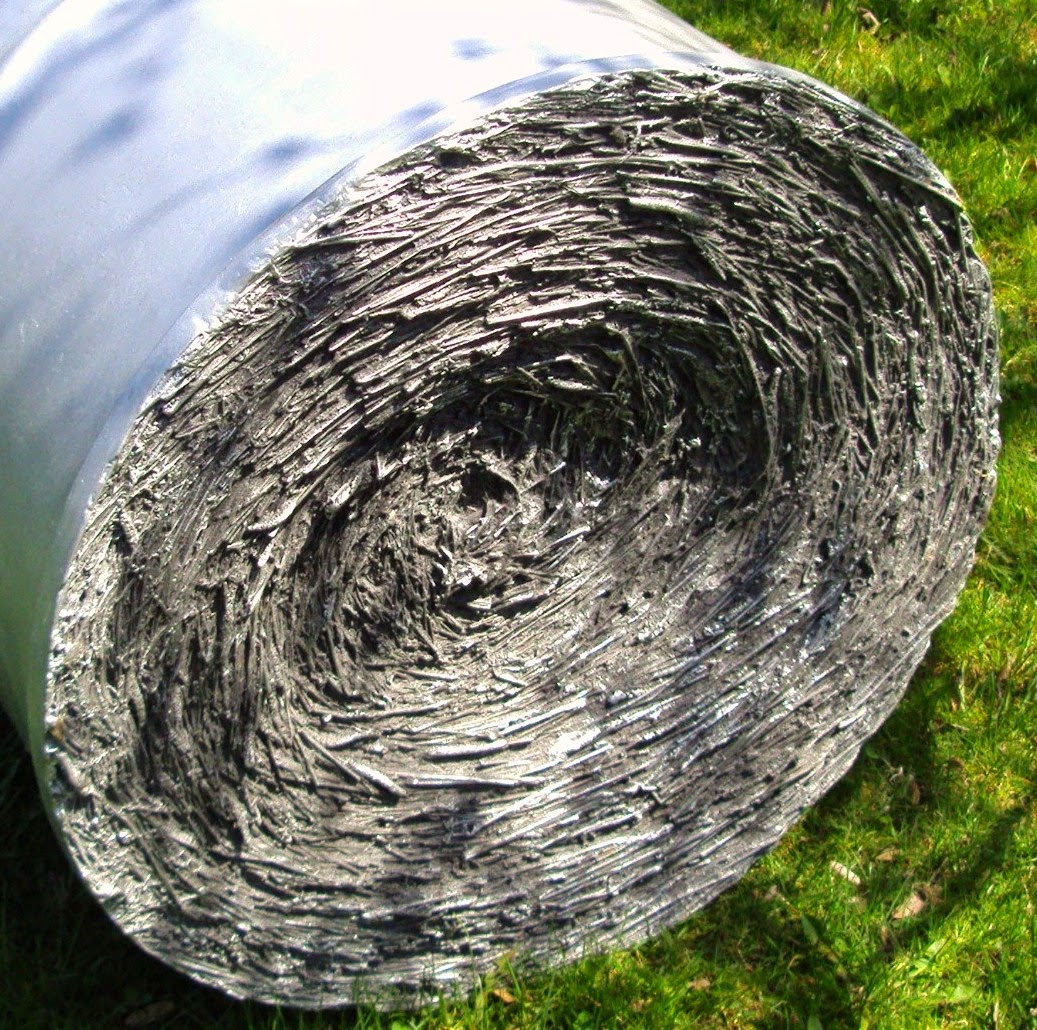 For the pastoral element she obtained a large round haybale from a local farmer and kept it in the studio over a period of several weeks taking molds as the haybale deteriorated. Deliberately choosing to cast them in Aluminum because this relatively new space age metal does not rust, it glistens. It is a material that will not change in itself, it is also very sensitive to reflecting the light of different times of the day: an ode to Monet.
Monet would work on several canvas’s at once as at differing times of the day and in various seasons haystacks absorb the light from diverse parts of the color spectrum. As a result, the residual light that is reflected off of the haystacks is seen as ever-changing, and manifests in distinctive coloring.  In ‘HayBarrels’ the silver aluminum acts as a mirror to its environment.